The Strengen tunnel is a double-tube motorway tunnel and is part of the S16 Arlberg expressway. It is the extension of the S16 as a two-tube tunnel and also a bypass from the town of Stregen. The tunnel is 5.8 km long and has 11 cross passages between the tubes. The tunnel was built between 2000 and 2006 and was renovated according to the latest regulations. ECOexperts supported the company DPB GmbH with the detailed planning, the control technology and with the commissioning. 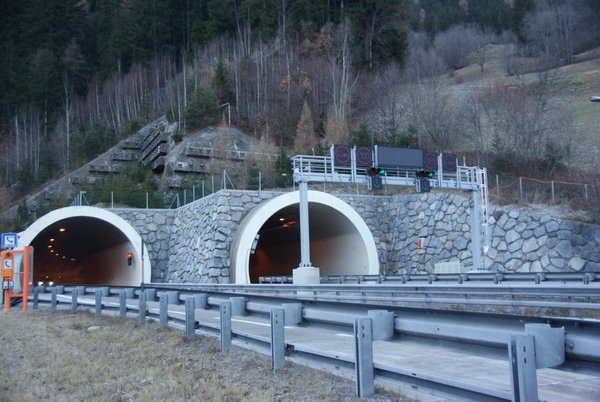 Refurbishment under traffic
In order to increase safety in the tunnel, the tunnel was renovated in two phases. After the renovation of the first tube, the traffic was led through the renovated tube. The second tube was then renovated within a short time. The challenge was to adapt the control system, as parts such as the medium-voltage system were not designed to be tube-separated.

Lane signaling with LED variable message signs
More than 100 lane signaling systems using LED-WVZ technology were installed in the tunnel. These were coupled to the control system with a BUS connection and are automatically switched with the sales programs.